I was traveling with my sister for my first time to the Big Apple, New York City. I was  only going to one night as I was taking a late night bus Saturday morning and heading back Sunday night to not miss any work. The bus was ok but really cheap compared to others means of travel. We had arrived in the city before the stated time; 5:30am. We were able to walk over to Times Square that early on Saturday and it seemed like everyone was sleeping in. We had it all to ourselves and the overcast skies kept the sunlight out and the bright LCD/LED screens bright against the buildings and slightly damp sidewalk.

Taken with an X-Pro2 with a 12mm Rokinon lens. 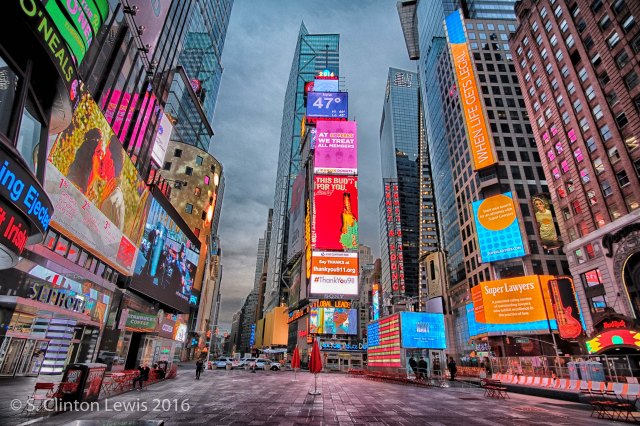